The contact and bending strength of gears under ultimate and fatigue loads were calculated and verified according to ISO6336-1:2006, ISO6336-2:2006 and ISO6336-3:2006 respectively. Sf is 1.48 and the gear mesh clearance is adjusted for the highest point of radial run out of the slewing bearing gear pitch circle. The minimum tooth clearance is typically 0.03 to 0.04x modulus, and the gear mesh clearance of the pinion gears on the entire circumference needs to be re-checked after final fastening of the slewing bearing.

2. Slewing bearing internal lubrication
In daily use should be timely, on time, according to the instruction manual for each component according to the lubricant, lubrication, lubrication cycle provisions for lubrication. Corresponding ball slewing ring is generally refilled every 100 hours of operation, roller slewing ring is refilled every 50 hours, for dusty, high humidity, high temperature difference of the special working environment should shorten the lubrication cycle. Each lubrication must fill the raceway until the lubricant seeps out, filling while slowly rotating the slewing bearing to make the grease evenly filled. By filling the lubricating oil maintenance, it can reduce the friction between the gear pair, slow down the wear rate of the gear ring, the formation of the oil film can also play the role of shock absorption ring, eliminating part of the vibration energy generated in operation. In addition, the lubricating oil film can also be a good lubricating clean the friction surface, prevent corrosion, and eliminate the influence of iron particles on the friction surface. So as to reduce the frictional noise in operation and increase the service life of the slewing bearing. 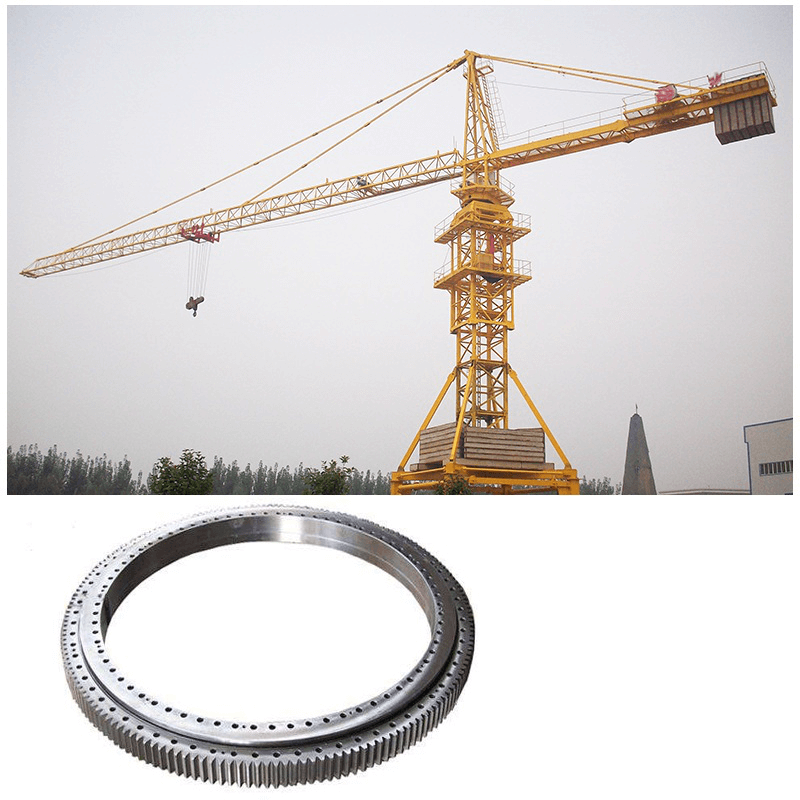 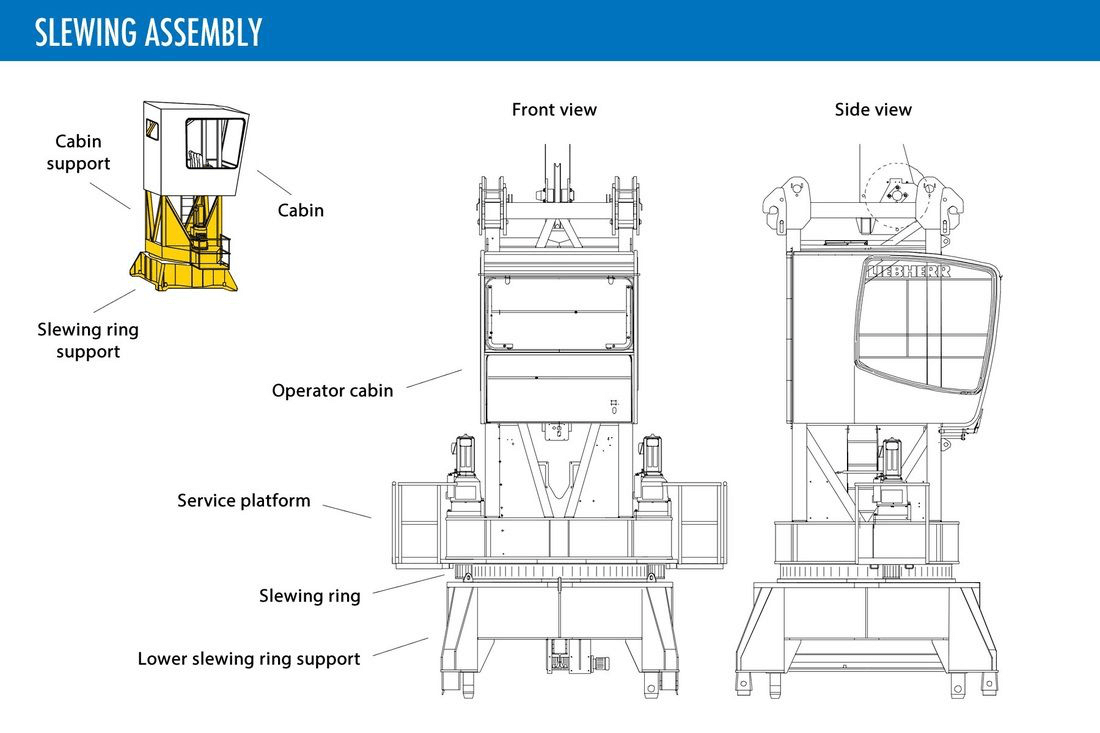 Installation of slewing ring should be selected with high strength bolts, bolts and nuts should comply with GB3098.1 and GB3098.2 standard requirements prohibit the use of spring washers. Before tightening the mounting bolts, the sizing gear meshing adjustment (side clearance) should be carried out to ensure that the slewing bearing and pinion mesh to meet the requirements. Tighten the mounting bolts should be at 180°, the installation plane must be clean and flat, no burrs, iron shavings and other debris, the plane must meet the requirements.